The Story from Rusty Lee,

It was late one evening in November 2019 when Lee messaged me. “I’ve found a Porsche 912 but the interior is absolutely toast” after receiving several pictures just a few moments later I could see he wasn’t lying. A few messages back and forth later lee had sealed the deal with the owner in America and the 68 was on its way to the UK. Fast forward to early February 2020 the car was in the uk and having some mechanical work to get it up to British mot standards, with the next steps being interior. The car arrived with us at the begging of March and wow. 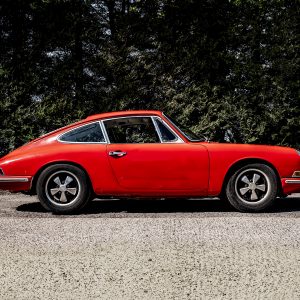 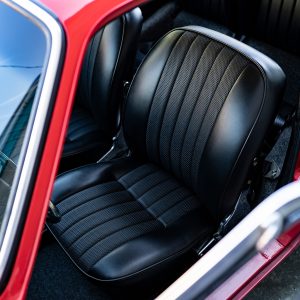 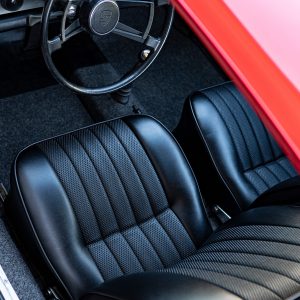 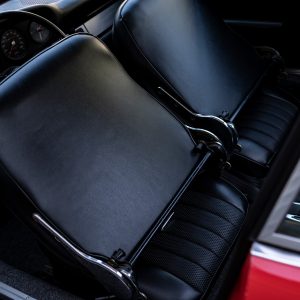 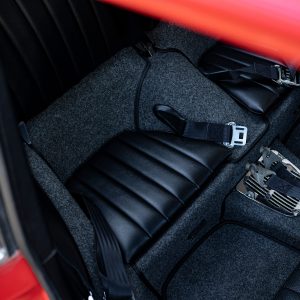 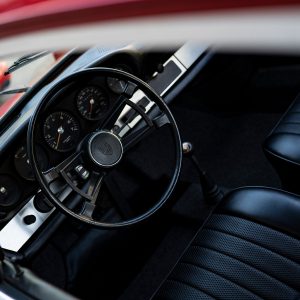 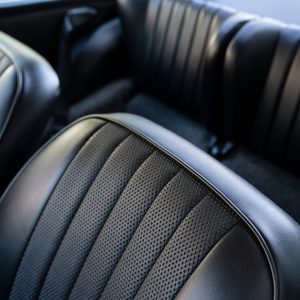 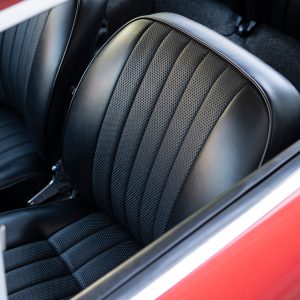 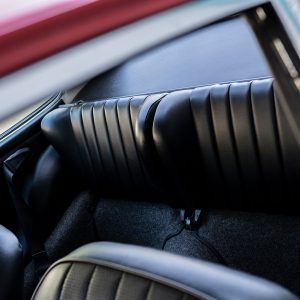 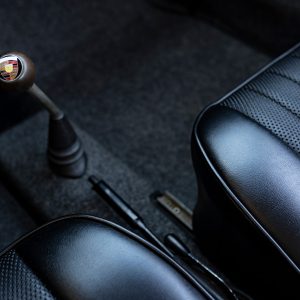 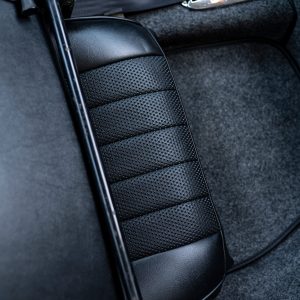 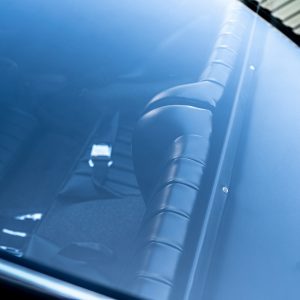 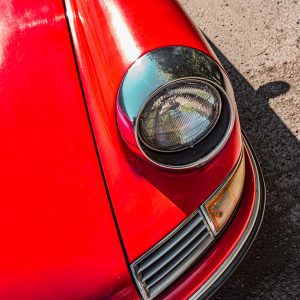 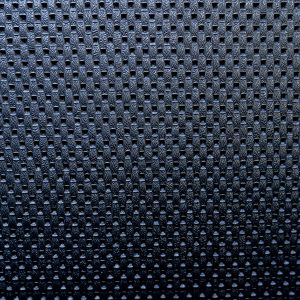 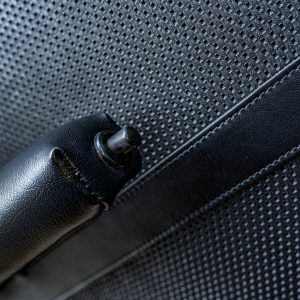 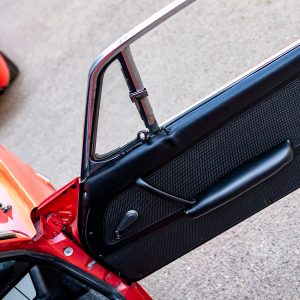 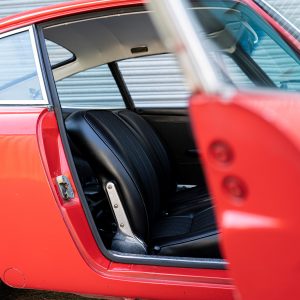 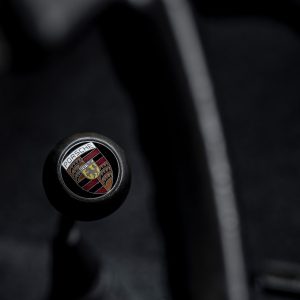 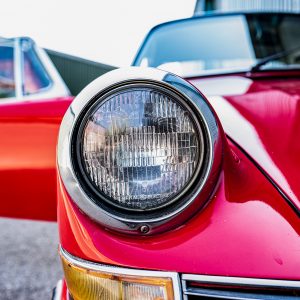 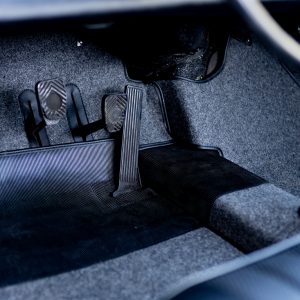 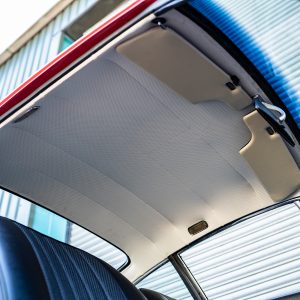 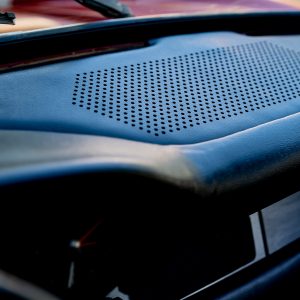 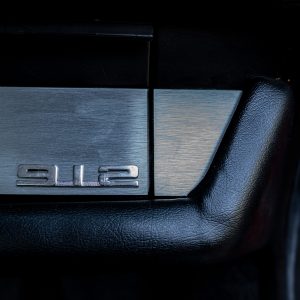 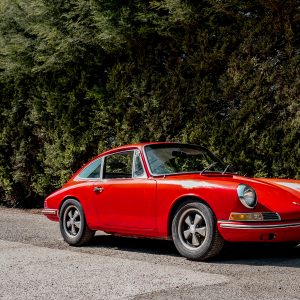 The interior looked even worse than on the pictures. Not spending too much time worrying about it Sam jumped in it feet first and began to rip into it. Dash, carpets, glass, headliner, doorcards, seats and seatbelts all out you could see the shell was absolutely rock solid. A “quick” clean out with the hover and a wipe round and we were ready to start building it back up. Starting with the top we fitted up the perforated vinyl headliner and next the carpet set. Almost everything after that we touched was absolutely scrap. With spending so long in the sun the majority of it was so brittle it was unusable. New door cards cut and sewn up to replicate the originals, new dash top cut with all 370 odd speaker grill holes carefully hand punched! The shell was looking good, new parcel shelf was in, door cards on and the dashboard refitted after hours of repair work. new brushed aluminium trims also fitted to the lower dash and satin black paint work where needed. Last up were the seats. When the car came in they were so bad you felt as if you were sitting on the floor and could barely see over the steering wheel. After stripping them down there wasn’t much left. Webbing completely gone, springs and frames broken with seat pads merely dust. A full ground up rebuild and after 3 days the front and rear seats were in. New window rubbers all round and the car was finally finished. 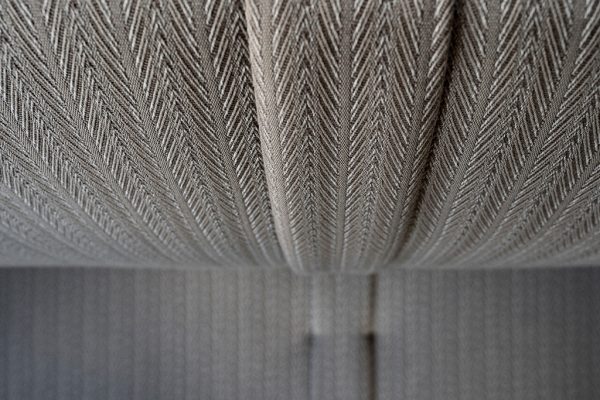 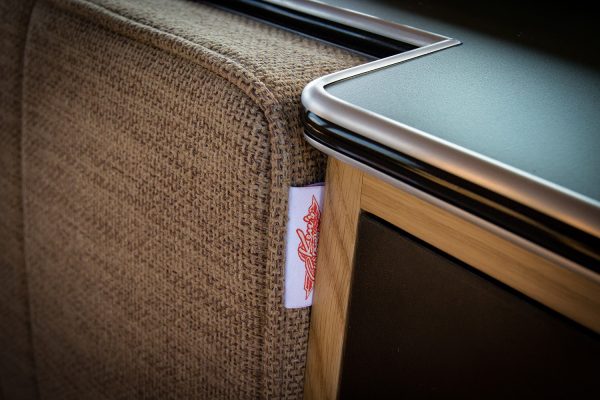 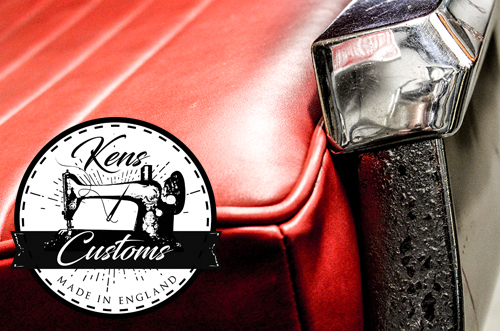